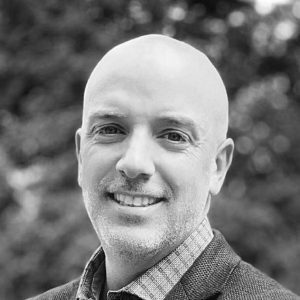 Chair, Board of Directors

“I’ve always said I want to work with kids. Now, I can finally start to do that and accelerate that part of my life.”

At an early age, Matthew Tedesco saw his mother navigate, and survive, conditions of poverty. He was two when his parents divorced and his mother was left to find her way alone. “My mother worked as a waitress and moved us into a small apartment with a woman named Ms. Best and her three sons,” says Matt. The neighborhood where they lived had serious unmet needs and was scary for everybody. His mother was determined to get them out.

Later, Matt observed that, while his mother was able to change her family’s trajectory, the entire Best family, who were Black, continued to face life-crushing circumstances. “The sons of Ms. Best should have the same potential as my white brother and I, but they weren’t finding the same opportunity. While talent and potential are balanced across humanity, opportunity certainly isn’t.”

Matt grew up to be a nurturer of the health and vitality of any environment, as a creative professional, and also as a coach, mentor, and father. In 2013, as a managing director for Haworth in North Asia, Matt moved his family to Shanghai so his young son could experience more of what the world is. “Like any city, it’s got its great spots and tougher spots,” says Matt, who lamented the city’s unfriendliness toward the disabled population, while also noting “a deeper level of respect and care for the elderly and older generations.”

Today, Matt is the Vice President and General Manager, Americas East and Workplace Experience, for MillerKnoll, which leverages the global distribution, production, design, and sales capabilities of the design companies Herman Miller and Knoll to create a stronger and more resilient organization. He writes passionately about how companies can become more humane, and seizes opportunities to build, fix, learn, lead, and play.

When a colleague told him about Global Nomads Group, he felt called to get involved. “My son, who’s now 13, is basically going through the same curriculum I went through 30 years ago!” says Matt. “Our understanding of almost everything has changed. Why are we not better preparing these kids for a collaborative future of understanding and working together?”  When Matt learned that GNG does exactly that by supporting young people to be stronger communicators, more empathetic, and more global in their perspective, he saw his own potential shift. “I’ve always said I want to work with kids. Now, I can finally start to do that and accelerate that part of my life.”